BTC Cricket Trading Thread
This topic has been deleted. Only users with topic management privileges can see it.
A
A
Andy Reply Quote

@stuart-wallace I don't have the ODI stats but on BBL records, the further north you go the greater the lean to chasing (ie GABBA and SCG). Whether that's venue or more team?? (Sixers, Brisbane). Rest of the venues more neutral with slight leans to batting 1st. I'd expect Cairns to favour the chase.

@stuart-wallace haha, yes that was the quote that made me think bowl first, but reading it a second time i think it means vs the new ball not necessarily batting first...

Anyway, players in form are Finn Allen and Darryl Mitchell for NZ, and Warner/Smith for Oz. Otherwise no real big scores anywhere recently. Plus Williamson back from injury could be rusty.

I think there's gonna be an early wicket whoever bats first... Finch for a duck or Guptil after he looks like he's about to get in

Such a shame there's no real pitch data as it would be handy to have an idea what par looks like.

However, my plan will be to back the batting team. Either NZ fairly early or Oz after Finch walks. 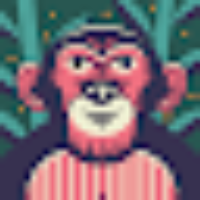 didnt realise the game is at Cairns, a little snippet from Cricinfo...
' After some recent rain, the forecast is warm and sunny, but the pitch has been under cover a bit which could mean some early life with Finch expecting a challenge against the new ball.'

Just found an article stating that 50% of D/N ODIs are won batting first, 45% second with the other 5% washed out/tied etc.

Both Australia and NZ however have more wins bowling first (all the other countries except England win more batting first). However as you rightly say @Stuart-Wallace every single country has a high percentage of choosing to bat first if winning the toss.

If Oz bat first, do we expect Finch to suddenly find form or is an early wicket quite likely?

Interestingly i think both sides have tremendous bowling attacks, but are maybe a touch light in batters? Off I go to investigate recent batter form...

@matt-ayles yep, thats a high percentage of draws though.
Oval tends to be a flatter track than other grounds, and thats my main concern, especially after the weather we have had this summer.
Might execute my plan of laying SA , with expectations of SA batting first regardless of toss, and the cloud cover providing some swing for Jimmy. Then possibly back out after 30 overs when the Duke ball gets easier, as has been the situation all summer.

whats the views on ENG v SA.?
LTD currently sitting at 3.75.
Weather looking dodge on day 1 - but will be easily caught up with.

37 draws in 103 tests at the Oval, potential rain on 3 of the days (albeit small percentages)... however only 1 draw in the last 12 matches gives hope. Plus Bazball suggests you'd get a result if 4 days got washed out lol.

I am just writing up my trading plan for the game and it seems there's an awful lot of sitting on the fence... if that proves to be correct then Australia are too short a price. Can see the series being 2-1 either way so should be closer to 1.8 for Oz? (Currently 1.5).

@matt-ayles Hi Matt, yes me too - off all last week just chilling.
Would have thought that win the toss and bat - tougher batting under lights and not much dew in Oz to make it tougher for bowling second.

Some excellent cricket to look forward to in the week ahead. Took last week off whilst on holiday with the family but welcomed back to a whole mixture including top international matches in all 3 formats.

Currently researching tomorrow's early action in the form of the first ODI between Oz v NZ. Not a huge amount to go on regarding the pitch but plenty of recent rain, and the fact it's a day/night suggests to me you want to win the toss and bowl...

whats the views on ENG v SA.?
LTD currently sitting at 3.75.
Weather looking dodge on day 1 - but will be easily caught up with.

this cpl been a real mess weather wise

@sameer get something out of it ?

Hope some are on the aus lay dead rubber game … #theorys

greened up ages ago will lay zim 1.10 ish surely aus get a couple wickets

CPL st lucia vs TKR 1.25 lay for me before a bowl even bowled

arrr the CPL is back
more cricket bang

@tom-david-1 oh well the old dead rubber game 3 to go . my take away from game is what pu$$y finch is ha

@nathan-bennett that one was a nightmare, I'd had a few drinks so didn't get involved but would have done similar. All wrapped up very quickly!

last edited by
Level 30
A
A
Andy Reply Quote

@tom-david-1 agree 100%. Afghans have the ability to get a big score and are massively underrated too. Can't picture Bangladesh getting anything above average in T20.

@andy Hi mate, yes would definitely have put Afghanistan at faves before the off, the only problem is that both teams have the capacity to be awful. They were an easy back in play at 3.5 on the chase though.